The show, exhibited in the third room Amigoni overlooking the monumental cloister of the Diocesan Museum of Brescia, creates a dialogue with the space in which it is housed, bringing a new vision, a new balance and a new awareness of the place. Raw elements are opposed to fragile and delicate elements, the solid and firm materials belonging to our everyday life coexist with the immateriality and inconsistency of neon in search of stability and harmony between the parts that make up the works.

The Fracture leads back to the fragment and the act of disintegrating, a gesture that presupposes the breaking and shattering of an object in small parts to give them new life. These are, in fact, recomposed and rebuilt over and over again to create new compositions and forms completely different from the original ones. The works then assume a new value, given by a real re-modeling, well visible in the works exhibited.

Painting, sculpture, electronics and light blend in the research of Filippo Centenari, creating new scenarios characterized by a strong interaction between the individual elements and between work and spectator, in a continuous exchange of suggestions that give another and new meaning to what one looks at, that abstracts from the daily function of individual objects.

Another central aspect of the artist’s research, which plays a fundamental role in the Fratture cycle, is light seen as an engine generator of the work, through the use of a neon tube, or as a glow that reveals the potential of the long aluminum wires that come out of the works and invade the viewer’s space, suggesting a mutual exchange between the two. These works, in fact, imprison the light and then return it in an ever-changing way to the observer. Light is an activator of the process of reconstruction and of a new vision of the world that surrounds us and that shows us new details, new details, in front of which it is impossible to do anything but marvel. This element is combined with the intrinsic spirituality of the Diocesan Museum of Brescia; Fratture, together with the exhibitions Origo and Unexpected Visions set up in the two adjacent rooms, wants to exalt and respect the sacredness of the place that hosts it.

The research of Filippo Centenari (Cremona, Italy, 1978) has its roots in the field of multimedia where painting, video, mechanics and electronics coexist and interlace in projects of a different nature, creating an interaction and upsetting the technique rules of each chosen mean.
He develop a metalanguage able to upset the ordinary objects’ structural logics, bringing them to interact with the spectator; from digital media to analog.
Centenari draws and design searching for a media synthesis, from the Polaroid to the digital print, from the video to the installation and the interaction. A work that progresses by continuously fragmenting and reconstructing images and media from history and digital spaces, fragments that now become “others” tense and connected in a new harmony.

He took part in several international projects and exhibitions – “Periplo del Mediterraneo”, Genova 2004, “Radiance & Resonance/ Signals of time” Dashanzi Art District – 798 Space, Beijing 2004, “Eastern Island Project”, Eastern Island 2004. In 2005 (in Bologna) the 19th International Pride for the electronic art “Guglielmo Marconi” was bestowed on him. Some of his works were displayed in important exhibitions and Galleries, from the “Biennale di Arte Sacra in Teramo”, in the Museo della Fondazione Stauros to the “Mediterraneo D’arte” in the central country archives, EUR, Roma.

In 2006 he realized  together  with master Nino Migliori the installation “Stradivari dalla tradizione al sogno”, during the “Night at the Museum” held in Cremona.
In 2007 he realized  “Anima” a special Cow sponsored by Microsoft for the “Cowparade” in Milan.

In the first part of 2008 he took part of “Subtle Energies of Matter”, an Italian sculpture exhibition which started  in China: Shanghai,  Beijing, and  Shenzhen and went on in Korea in Seoul.
In july  2008 he realizes a site specific installation “Resistenza all‘ immagine” for the Italian pavillon of the first International Biennale of young arts in Moscow: “Qui vive?” – “Beyond Body Boundaries“organized by the  National Centre for Contemporary Arts of Moscow and the Moscow Museum of Modern Art, at  the  Fabrika Project.

His work “San Sebastiano” -2008- is part of the  “Collezione Farnesina: Experimenta” for the Italian Ministry of Foreign Affairs.
In 2010 he took part of “Contemporary Energy. Italian Attitudes“, an Italian exhibition at the Supec Mueseum of Shanghai (Shanghai Urban Planning Center), during the Expo 2010 in Shanghai.
In 2014 is one of the Italian artists invited at the “4th Bienal del fin del mundo” in Argentina.
In 2015 he takes part of the exhibition “Contemporary Visions” at SPSI Art Musem of Shanghai.

The exhibition is supported by Paola Verrengia Gallery, Salerno (Italy), which represents the work of the artist. 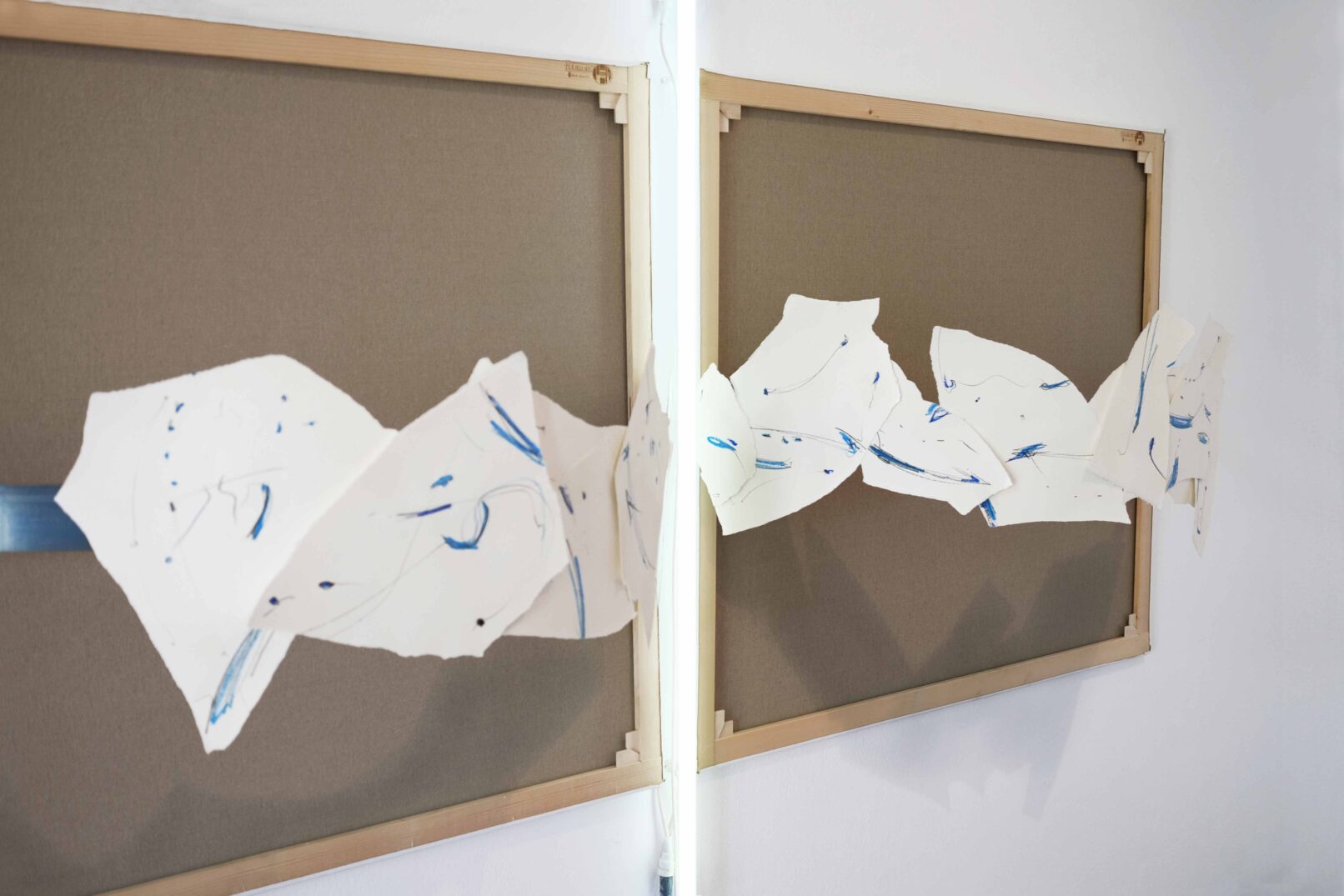 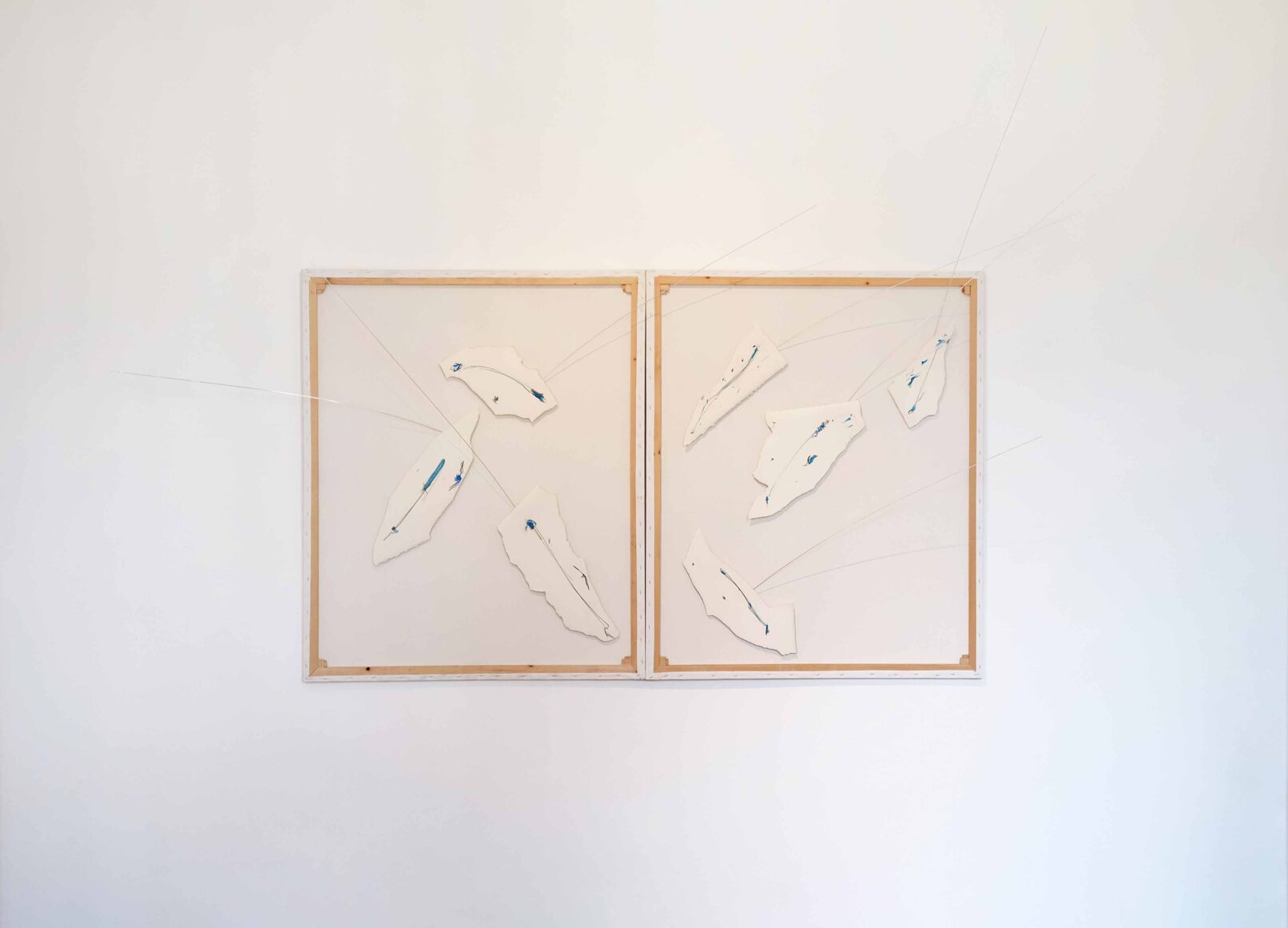 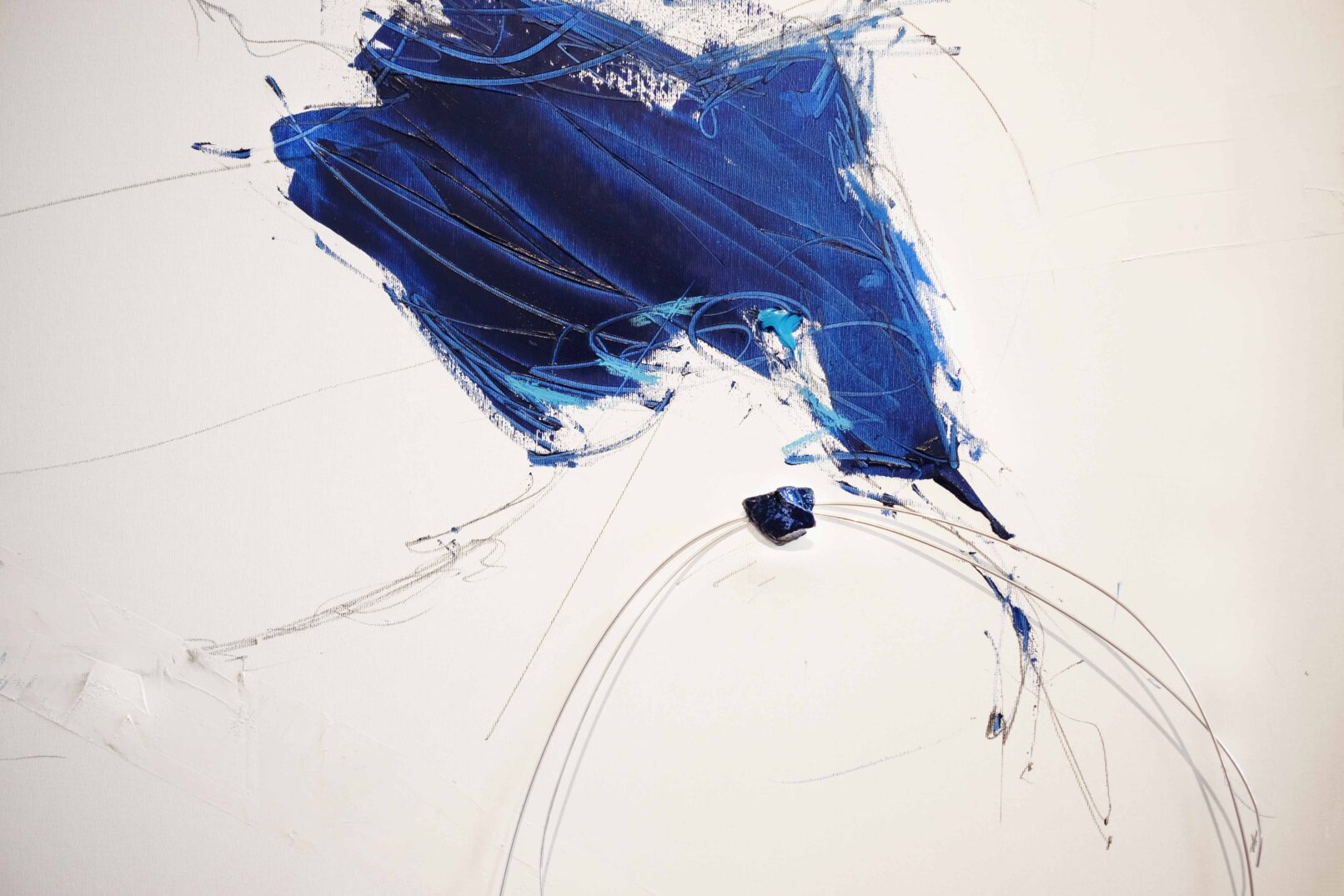 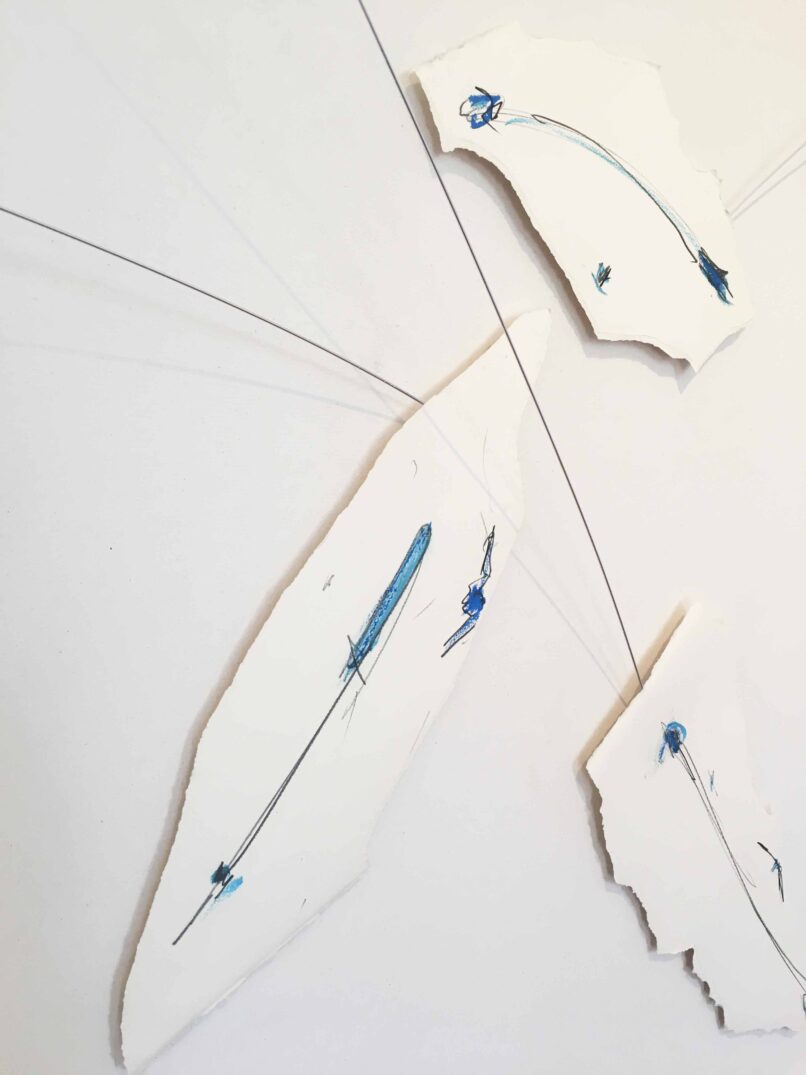 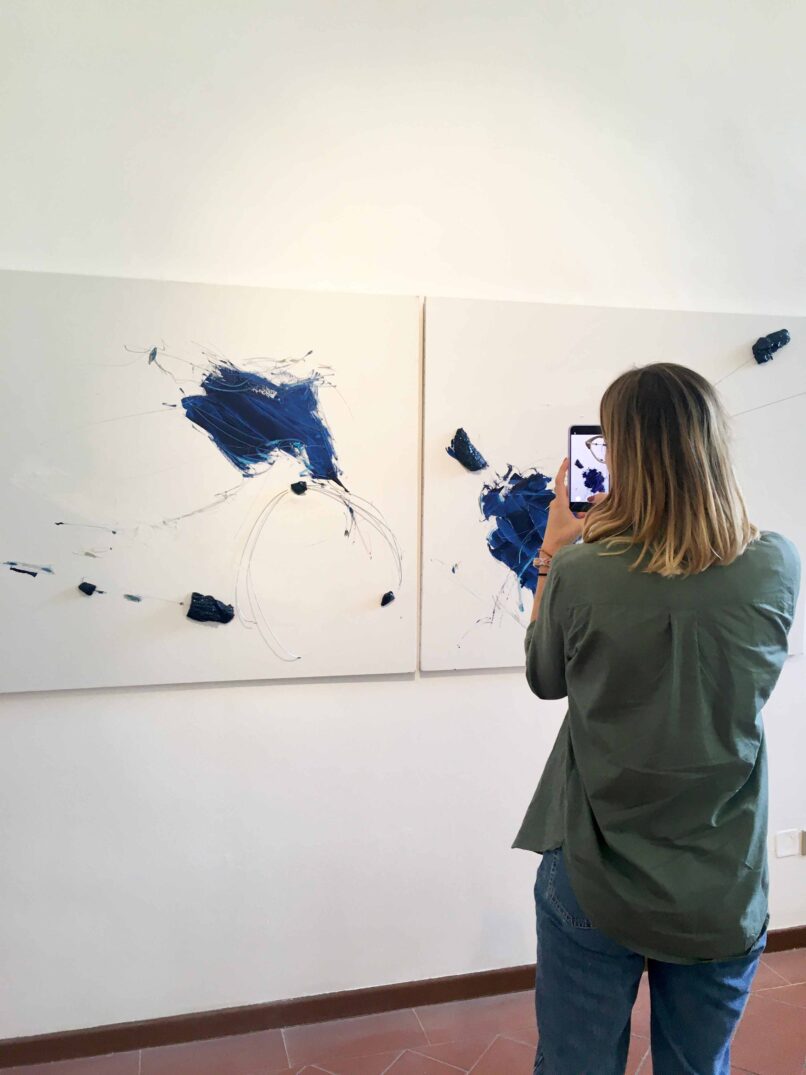 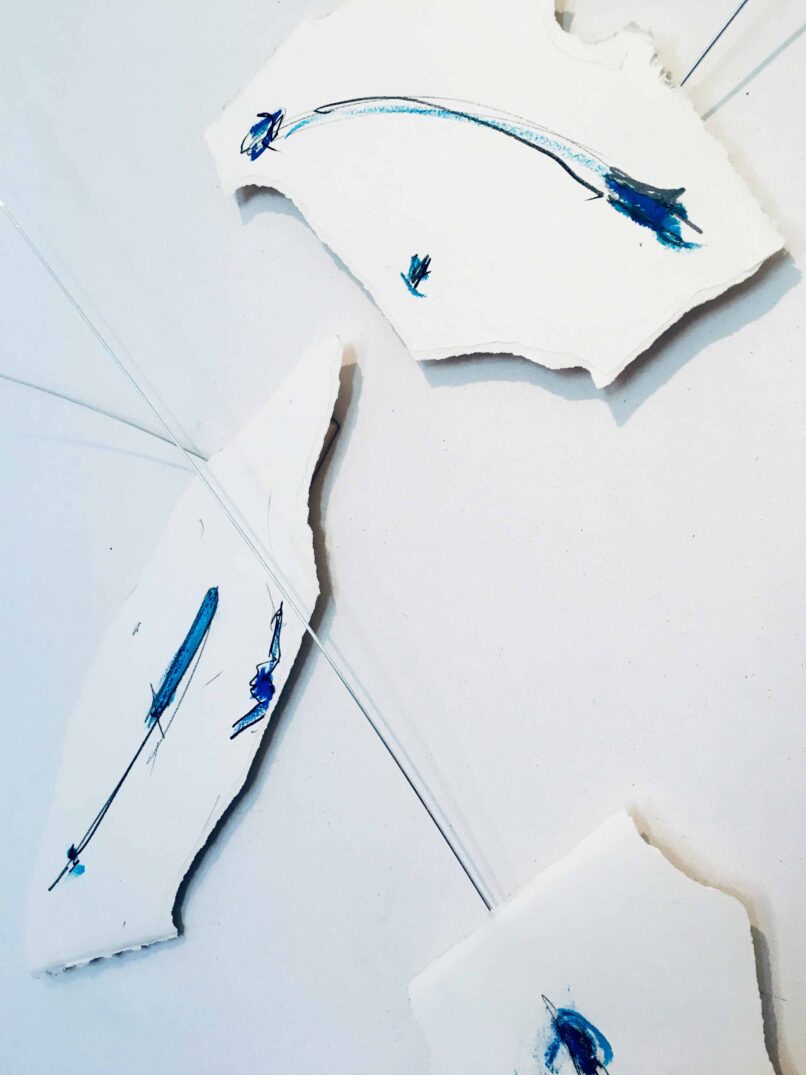 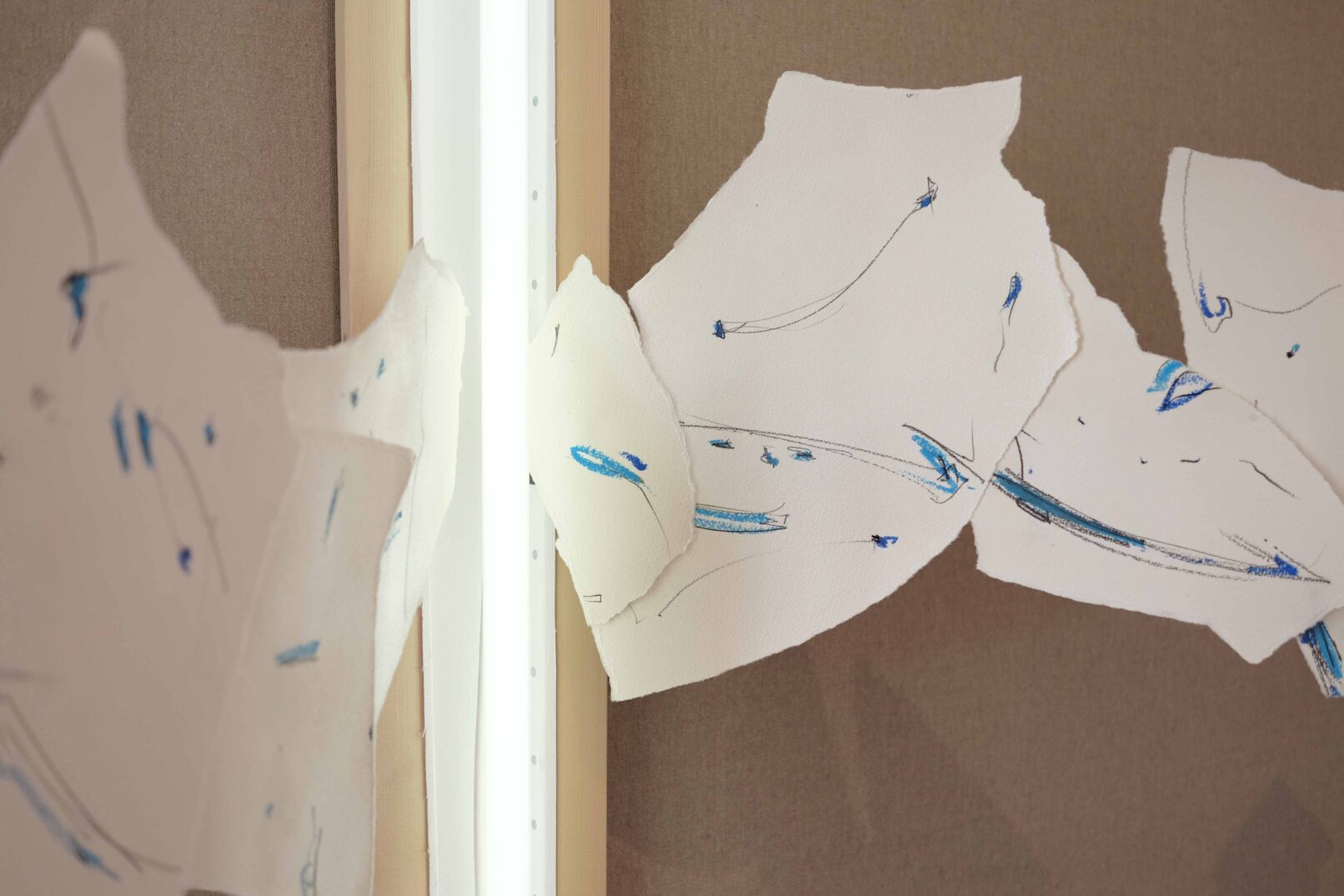 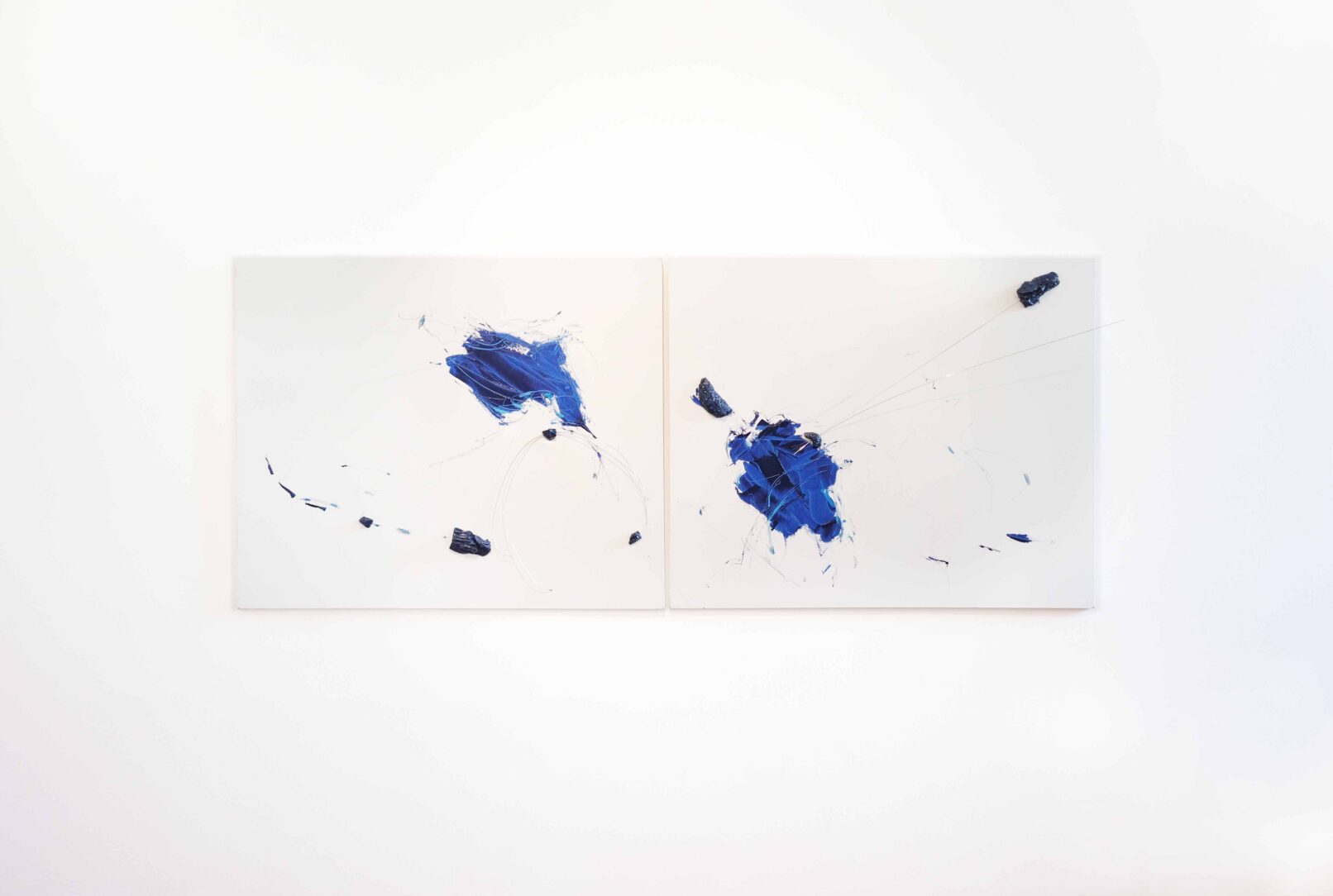