Érebos, an exhibition curated by Melania Raimondi and Camilla Remondina, symbolizes the binomials light/darkness, day/night, full/empty. In Greek mythology Erebus is darkness, darkness, Hell, but also dawn and life and represents the place where good souls gather before reaching the Elysian Fields. Son of Chaos and Caligin, the primordial darkness, Erebus is an ancestral divinity that gives life with his sister Night to different personifications including death, discord and misery, typically hostile, but more interesting are those related to vitality such as day, dream and Ether, that is the abstraction of the highest sky and the purest light reachable only by the gods.

In order to represent the proposed themes, the intrinsic ambivalence of Erebus and the journey into the depths of Night, Silvia Inselvini‘s Notturni are exhibited at the Fondazione l’Arsenale in Iseo, a cycle of works started in 2012. They are simple sheets of paper covered with layers and layers of ink given manually by pen, repeating the same gesture incessantly to form a sort of black hole on which the visitor, attracted by its magnetic force, can overlook and immerse himself to contemplate the absolute blackness but also the light generated and reflected by it.
Silvia Inselvini’s work is based on reiteration, on the repetition of the gesture, on working through an individual research rooted in the deepest part of her own being; this is the beginning of the obsessive and sleepless manual skill that characterizes all her works and that directly confronts the materials that are closest to her, in this specific case ink and paper. In the Notturni exhibited we catch the evolution of the artist in her poetics but also in her technique: from the first sheets in which it is possible to catch grooves and irregularities left by the pen to the most recent ones characterized by drafts so saturated with color that they reveal the “metallic” and reflecting quality of ink.

The exhibition is presented as a real path; starting from the first room where the natural light fills the environment and dialogues with the brilliance of blue ink, we reach the following rooms where the light is more subdued and the works turn to a deeper black, creating an intimate and cozy environment. In this way, the visitor is accompanied on a journey that leads him to Erebus and to a deep personal reflection linked to religion understood as rituality, to the dramatic persistence of daily life, to memory and to the passing of time.

An obvious historical-artistic reference is represented by the Rothko Chapel (1964-71), an installation full of a sense of waiting and incompleteness due to the sudden death of the artist, whose works inside resemble windows overlooking nothingness but in which it is possible to observe the whole and wonder about human existence, so the Nocturnes become a mirror to see beyond appearances and understand that it is from darkness that life is born. Silvia Inselvini herself defines her way of working as similar to that of Mark Rothko for the transcendental and sacral tension of her paintings, simple and monochrome but at the same time incredibly complex on a psychological level. The reiterating gesture of the artist becomes a constant waiting for answers, just as the Night becomes a moment of waiting before the Day.

The project is supported by the gallery IAGA Contemporary Art of Cluj-Napoca (Romania) which represents the artist’s work internationally. Moreover, the exhibition is completed by an online catalog produced by the gallery and available on its Issuu platform.

This exhibition is part of the period that the Fondazione l’Arsenale wants to dedicate every year to young contemporary artists, so it will follow the next January 22, open until February 27, 2022, a second three-person exhibition dedicated to the artists Valery Franzelli, Serena Nicolì and Valentina Regola entitled /biàn·co/, curated by Melania Raimondi and Camilla Remondina (ACME Art Lab). 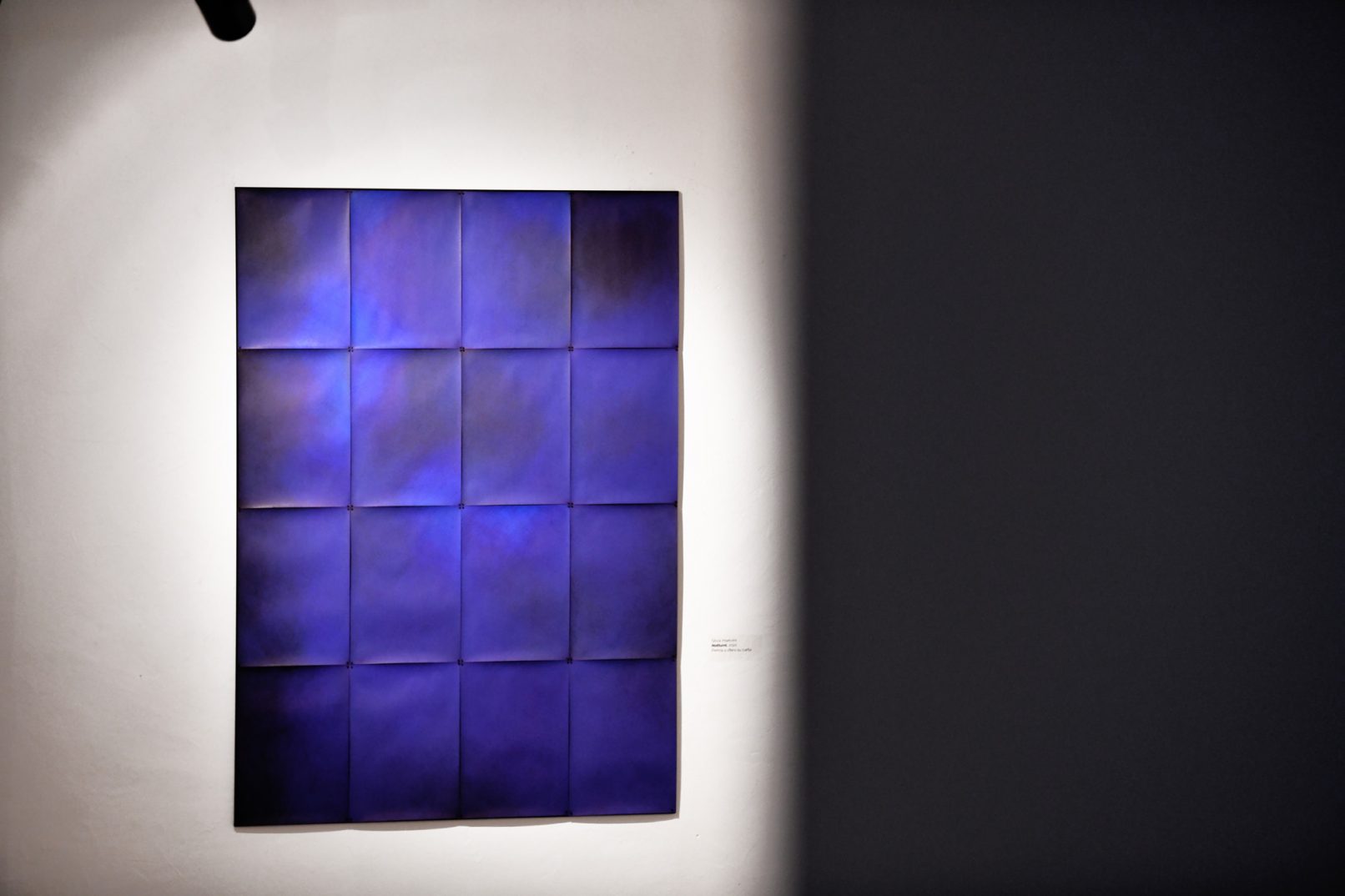 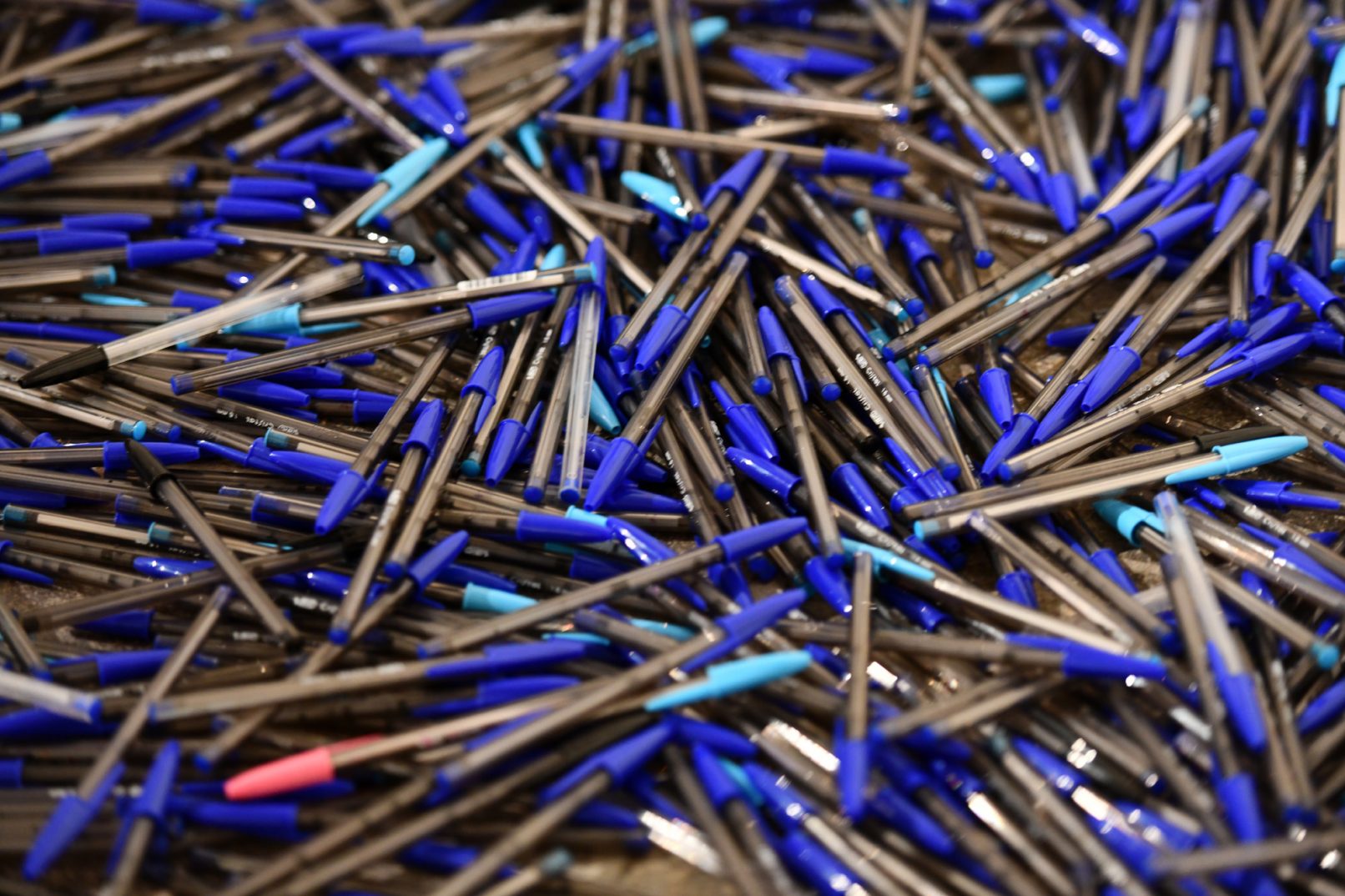 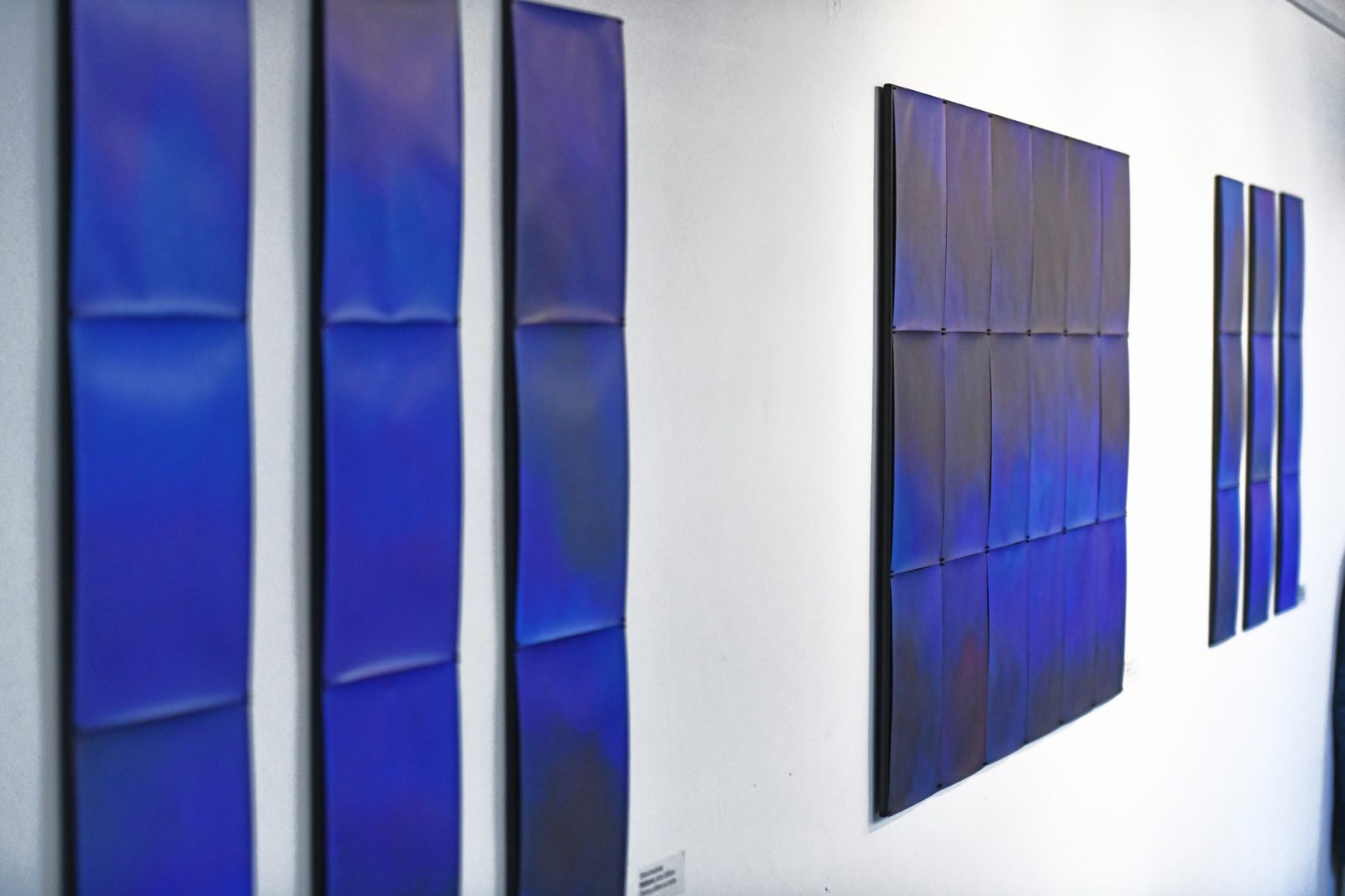 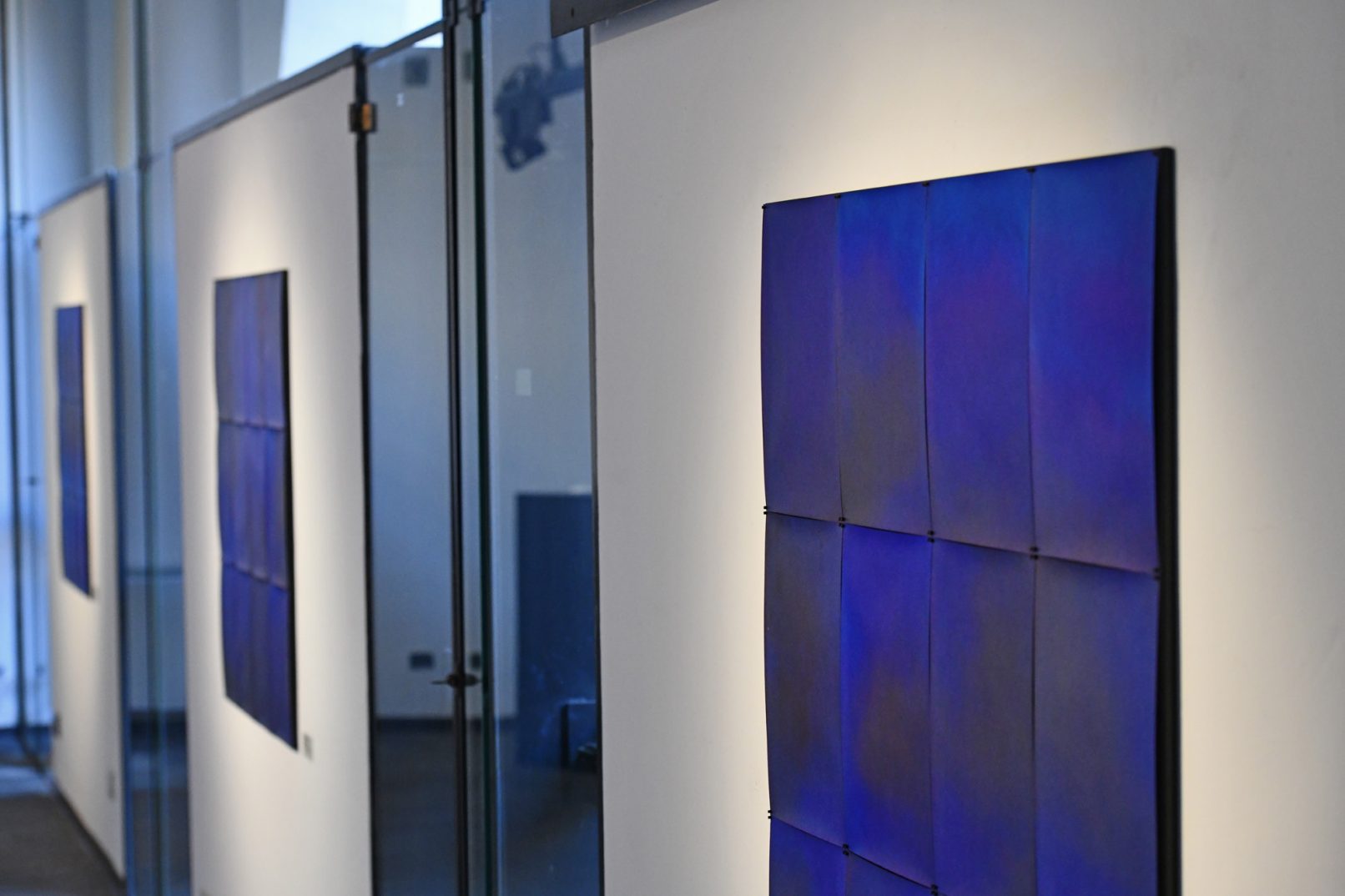 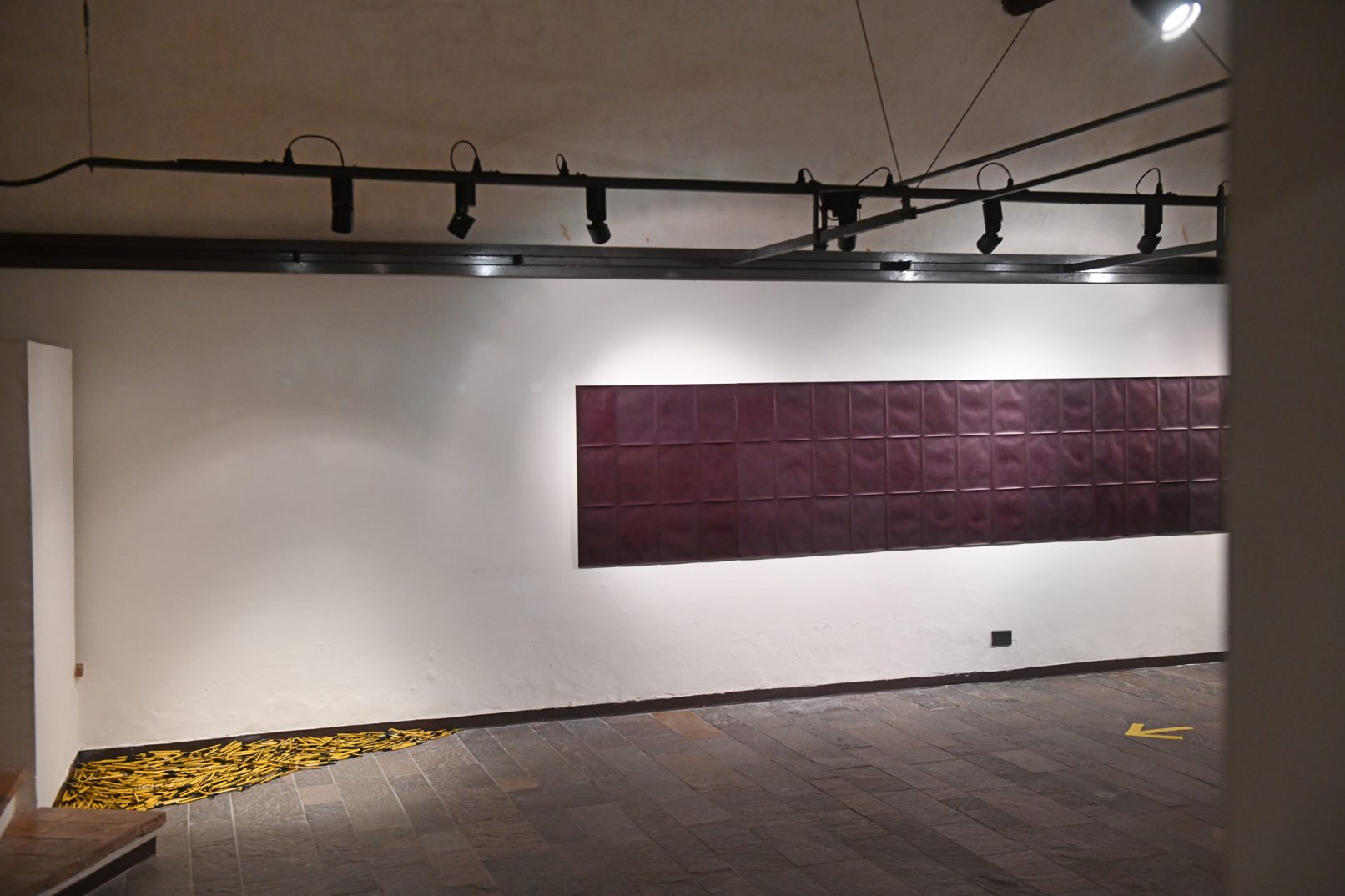